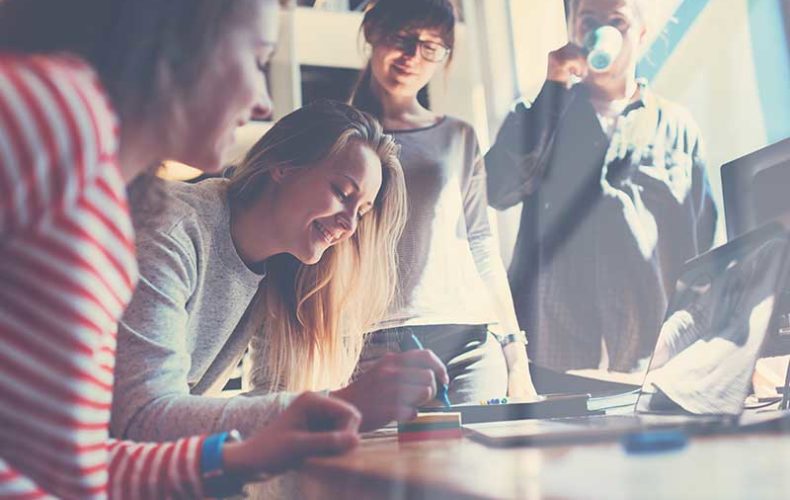 Since the rise of the Internet, fame has taken on a much different meaning from its historical connotation. Now, musicians, movie stars, YouTube personalities, comedians, bloggers/vloggers, athletes, and social media influencers could all be considered famous. To get a better understanding of who Gen Z and Millennials consider “famous” today, Ypulse conducted a survey that simply asked the question, “Who is your favorite celebrity?”

Their results found that the number one celebrity among men and women ages 13-35 is Rihanna, followed closely by Taylor Swift, Beyoncé, and Justin Bieber. The full list can be obtained from Ypulse here.

There are a number of conclusions that can be drawn both from the survey results themselves and from the way the survey was answered by each age group. First, musicians account for seven of the top ten favorite celebrities, with actors making up the other three. When asked, respondents said that musicians are the most admired and perceived to be the most talented celebrities. Gen Z and Millennials are also most likely to follow musicians on social media. It is also important to note the younger consumers said that they are more likely to pay attention to a paid social media post from a musician than any other type of celebrity.

Secondly, the survey shows that “fame” has been spreading horizontally, not vertically. Over 300 different names were given as responses to the survey question, and about 200 of those names were only mentioned by one or two respondents. This trend is even stronger among Gen Z respondents because an overwhelming majority of their celebrities were only mentioned by one or two survey-takers. To see what resonates with Gen Z in place of celebrity endorsements, Millward Brown Digital completed a parallel study. Gen Z consumers were asked about advertising methods to which they respond positively, and nearly 75% said that humor causes them to be more receptive to an advertisement.

As a takeaway, advertisers should note that Gen Z and Millennials are exceptionally adept at spotting advertisements and their perception of fame is not like that of previous generations. Therefore, it is crucial to make the best possible partnerships (ideally with musicians) and to use humor often but appropriately.